Open Grow™ is a Portuguese company dedicated to the research and creation of automation solutions for the agricultural growing environments.

We aim to provide innovative and versatile technology with an extremely easy-to-use interface, allowing every grower to use it. We are committed to developing high quality systems at an affordable price.

Our main goal is to create the automation standards for any agricultural grow, and let the users tweak these standards to meet the highest performance for any species in any type of growing system, creating so, the common language when talking about growing automated plants.

Open Grow™ provides the first agricultural automation system dedicated to urban growers capable to adapt to any growing environment and to be confronted with unexpected eventualities.

The uniqueness of GroLab™ is proportional to the anxiety of growers to find a definitive and stable device that meets their needs. Its elegant design, innovative and easy usability makes it unique, positioning itself well ahead of its predecessors.

GroLab™ is the right choice for people that are looking to improve their results without spending too much time and money automating their grows. Its modular architecture offers to the customer the possibility to only acquire the GroLab™ modules he needs, also allowing to expand the system at any time in the future.

Open Grow™ is constantly seeking for new challenges and solutions. It is part of our mission to ensure that our customers always receive quality tools that are capable to meet any stipulated requirements.

With the know-how gathered while developing our line of products and a multifaceted team, Open Grow™ is also able to provide full automation solutions to any kind/size of grow or environment, industrial inclusive, using our own developed technologies.

Doesn’t matter what environments our customers want to automate, greenhouses, grow rooms, vertical gardens, containers or even aquariums, our solutions can handle them all.

Open Grow™ challenged the automation world, now it is time for you to challenge us back!

The Roadmap into the Growing Automation World

The idea to create the most innovative and adaptable grow controller that can suit from hobbyist to professional growers, started a long time ago, when our current CEO, João Melo, was finishing his Electronics Engineering Degree.

When asked to do a Degree’s Final Project, João realized that none of the project proposals were challenging enough. As a hydroponic and technology enthusiast, he decided to create his own project, a full automation system for hydroponic environments.

The University approved his project and it was a success, João proved its view was correct and that it was possible to deliver high technology systems to every grower, from the common urban growers to the professional ones at an affordable price.

After finishing his Electronics Engineering Degree, João started to work in the electronics world improving his skills over the years. Although his job required a lot of his time, he never gave up from the agricultural automation world, dedicating his free time to research and develop an innovative grow controller.

This journey opened the doors that took him to a trip on U.S.A. to better understand the differences between the European and American entrepreneurial ecosystem.

After the U.S.A. trip, João felt empowered to start searching for talent and investment to make his project a reality. So in July 2014, Open Grow™ was finally founded in Viseu, Portugal. 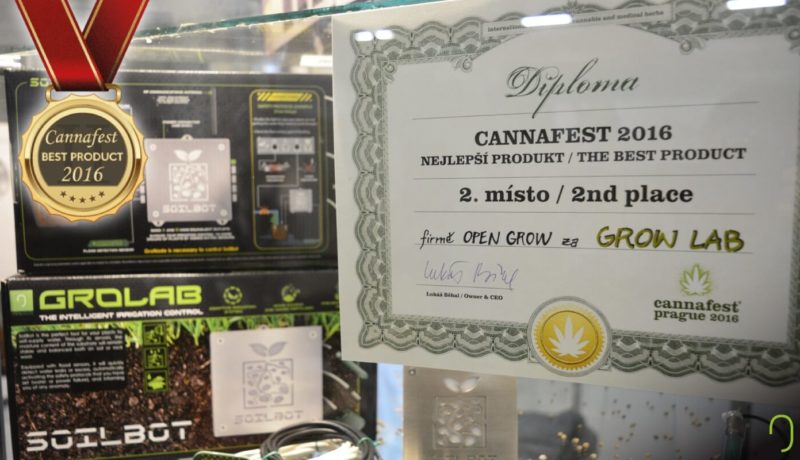 This was our first time at Cannafest Prague and it was a great experience, without any doubts this is one of best hemp fairs in the world. Thanks to the Cannafest organization for the opportunity and all the support.We also participated on Cannafest 2016 Best... 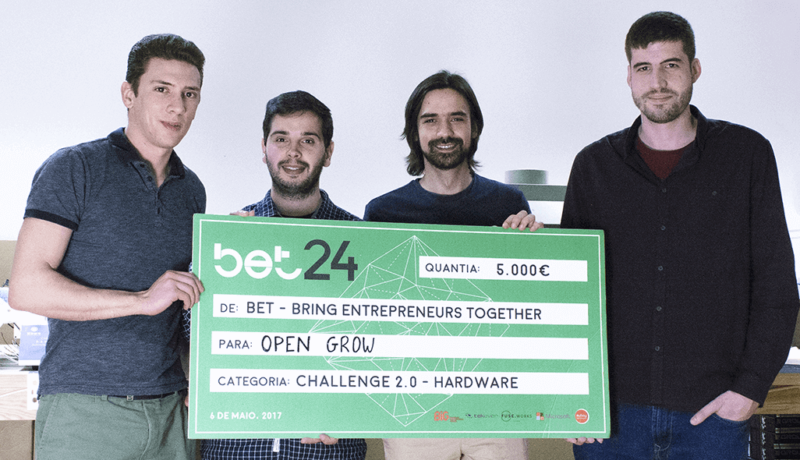 A year passes and Open Grow™ adds another achievement to its history. This time GroLab™ was the protagonist at Bet24 where multiple Hardware projects were fighting for the first position.The year of 2017 is already full of achievements and prizes, we suspect the rest of... 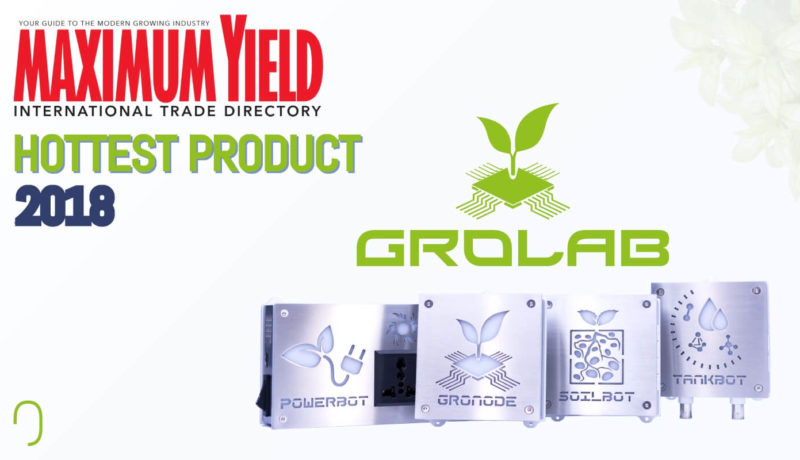 It is an honor to see GroLab™ referenced as one of the 2018 Hottest Products on International Trade Directory by Maximum Yield. 👌"GroLab is the most versatile and powerful grow controller in the market. It is the first controller intended to suit from hobbyist to professional... 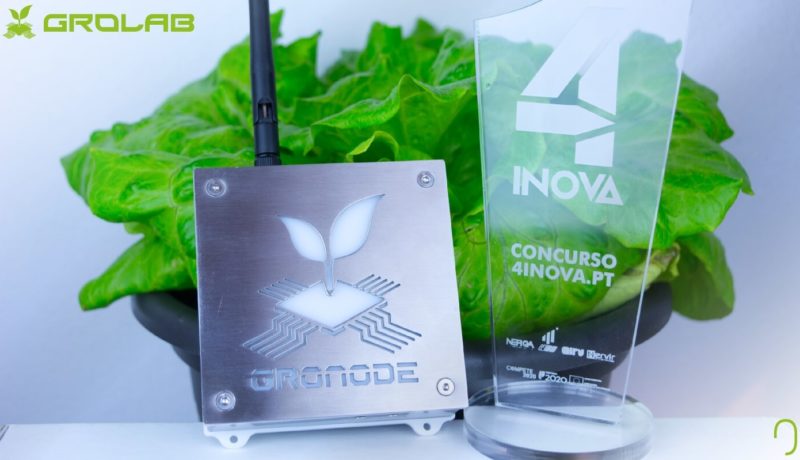 During the last weeks Open Grow™ was present on the 4INOVA contest.This contest gathered several companies, which competed for the innovation awards. 🔬It is a great honor for us to be part of the rewarded companies, Open Grow™ won the 2nd place prize in the... 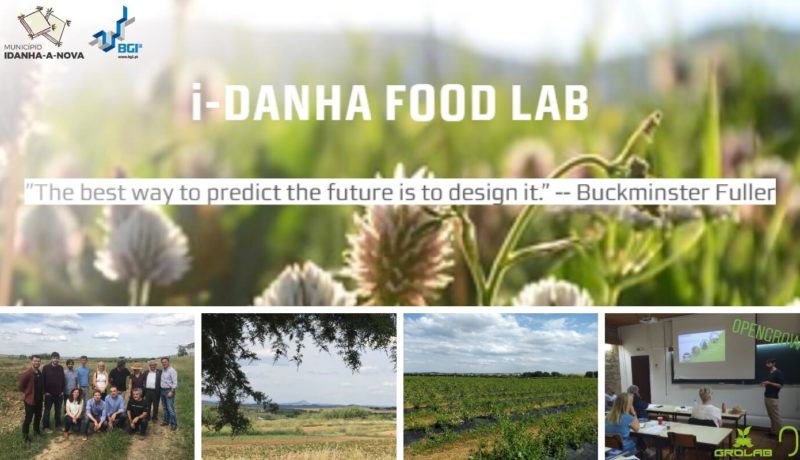 It is an honor for Open Grow™ to be part of the six companies selected for the second edition of i-Danha Food Lab. 💪I-Danha Food Lab its an AgriTech and FoodTech accelerator that aims to help start-ups and traditional businesses to develop more sustainable solutions... 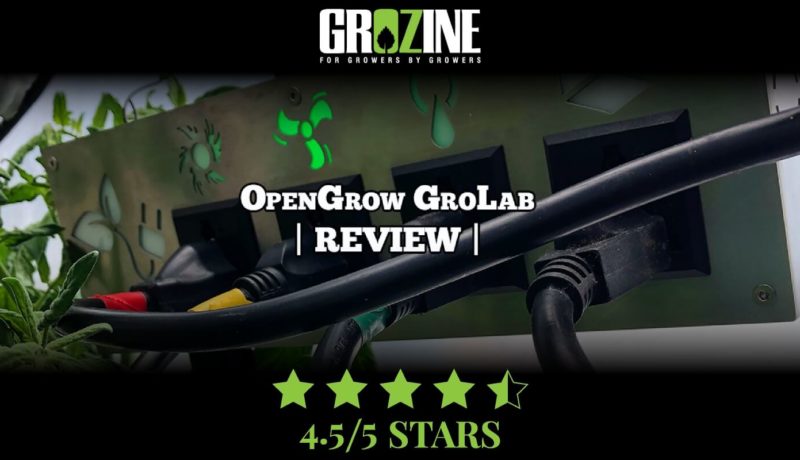 GroLab™ has received 4.5/5 stars in the review made by Grozine Hydroponics Magazine

"It’s always pleasing to use a piece of grow gear that you can tell has been designed by somebody who actually knows something about growing—for example versus a 'me too' company that might not know anything about growing while specializing in automation—the GroLab system bridges...